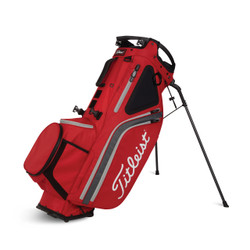 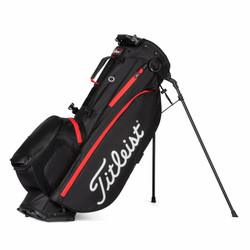 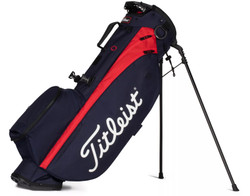 FOR EVERY WAY YOU PLAY. 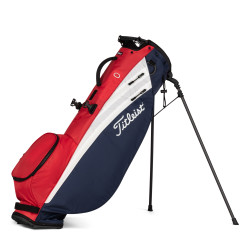 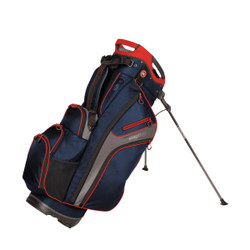 Rock Bottom Price: $264.95
Shop Now
Product Reviews
1639485218
Titleist Golf- Hybrid 5 Stand Bag
5 Stars based on 3 reviews
Write a Review
By Lowell
Birmingham, AL
Great Bag - big upgrade from old bag
December 13, 2021
I really like this bag. It's definitely a huge upgrade from my old bag. Lots of pockets with a great amount of storage and the clubs go in and out of the bag with ease.
By updateCategoryParent
North Carolina
Excellent Bag
July 6, 2021
Absolutely love it!
ProsWeight, Size, Functional
By Scott W.
OH
Not too big; not too heavy
August 26, 2020
I primarily ride in a cart when golfing but occasionally use a push cart as well. Therefore, weight wasn't the most critical factor when choosing a bag. I primarily wanted a well organized bag, i.e., decent pockets and nice top dividers to keep clubs separated. I was torn between the version I chose which has five sections for clubs and another version that has 14 separate dividers. Frankly I likely would have been happy with either one. I also wanted a bag that would be durable. After reading research on the Titleist Hybrid 5 Stand Bag, I found all of my criteria were fulfilled in spades. Great bag. This is definitely a bag that I could also carry for a round. Really like the stand as I spend my fair share of time on the range and don't like my bag falling over. Very pleased with my purchase!
ProsQuality Lighter than expected Smaller than feared (I didn't want one of those huge Cart bags like my old Bagboy Revolver)
ConsNone, really I still hit an occasional bladed shot, fat shot, hook shot (but I don't slice the ball) and even , yes, periodically shank a chip--but that's not the bag's fault. LOL. I may not play like a pro, but at least I have a nice looking bag now as I make my feeble attempt at playing this wonderful game!